You already know how you can speed up your operating system using startup manager and uninstaller. These two tools do magical things to your system, freeing up more resources and making Windows run faster. But there is one more thing that you cannot influence in any way – the speed of the Reg Organizer itself. That is why we decided to tackle this issue ourselves and start by speeding up the scanning process in the system cleaning mode. And you know what? We managed to do something about it. 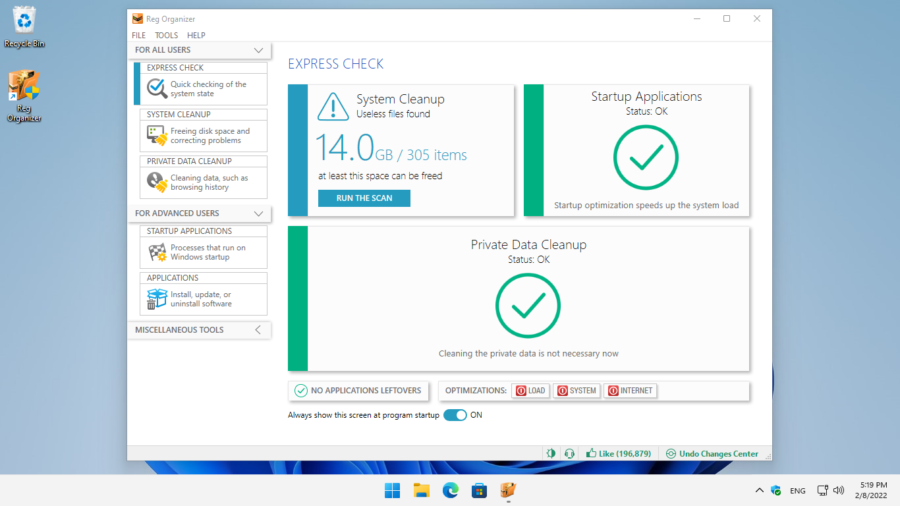 After completing a detailed analysis of the scanning algorithms and performing comprehensive tests, we found a relatively successful option for scanning hard drives and the system registry. On our computers, the search speed increased by about 40%. However, you need to understand that this is a relative value, and the result may be different on different computers. It primarily depends on the number of virtual processor cores. A considerable gain will be on multicore systems.

You can try new algorithms on your PC right away if you download and install the new version of Reg Organizer 8.85.

If you switched to Windows 11, then, in addition to full support for the new operating system, you will also notice correct integration of the utility in Explorer. Today we are some of the few who managed to walk this thorny path with many dark nooks and crannies, which turned out to be somewhat more difficult and to take longer than we had expected. 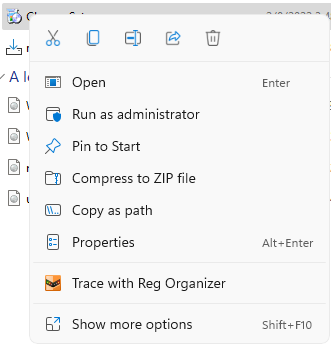 However, we have managed to do it, so you can safely remove unneeded applications, track installation of new apps, and open registry files through the corresponding items of the Explorer popup menu in Windows 11.

In addition, we have updated exclusion lists, added the possibility to mark new startup items as old ones, and made other minor improvements (see the full list of changes).