The unneeded applications removal tool in Reg Organizer is one of the main functions, which helps free up system resources by removing unused applications. This often frees up RAM as well, since certain applications often start together with the system. In the new version 8.75, we have significantly improved the uninstall tool and moved it to a higher level.

Previously, the “Size” column displayed the values from the system itself. If there were no values in the system, nothing was displayed at all. Other utilities behave similarly, even the standard operating system tool. However, these are not exact values, which are far from reality.

We decided that this was wrong and added real values by calculating the space taken up by applications. But even this seemed not enough. We also added the amount of data that is generated when the applications are running. In the new Reg Organizer, you can see the real size of each application along with all its data.

Calculation of exact values takes time. A column header contains a progress bar that shows the progress of the computation process.

Running an app has always been a quick way to test it. Previously, you had to use the Start menu to do this. Now you can run an application from the list of installed apps directly in the utility’s uninstaller. 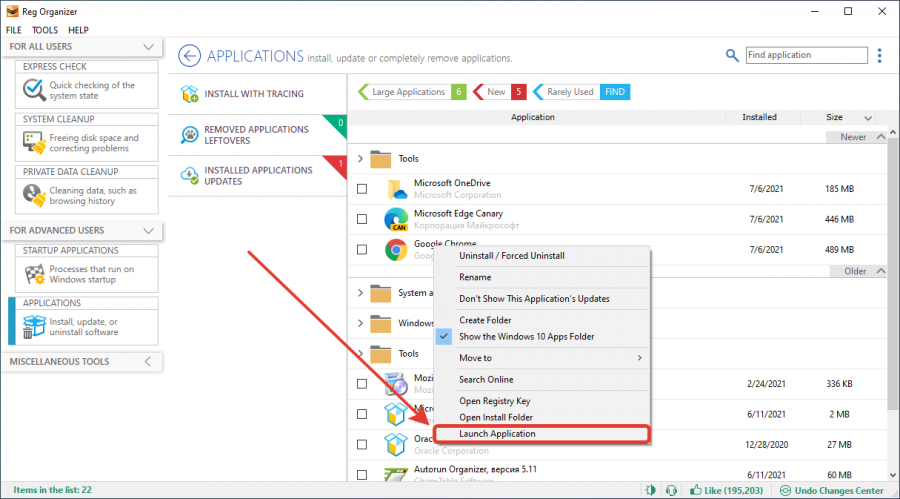 An appropriate menu item has appeared in the context menu for this purpose. But that’s not all. Additionally, you can open the installation folder there.

The Real Size Of The Freed-up Space

After uninstalling unneeded applications, you may have noticed the amount of leftovers that the utility had found and removed. But that was not the size of the disk that had been freed. 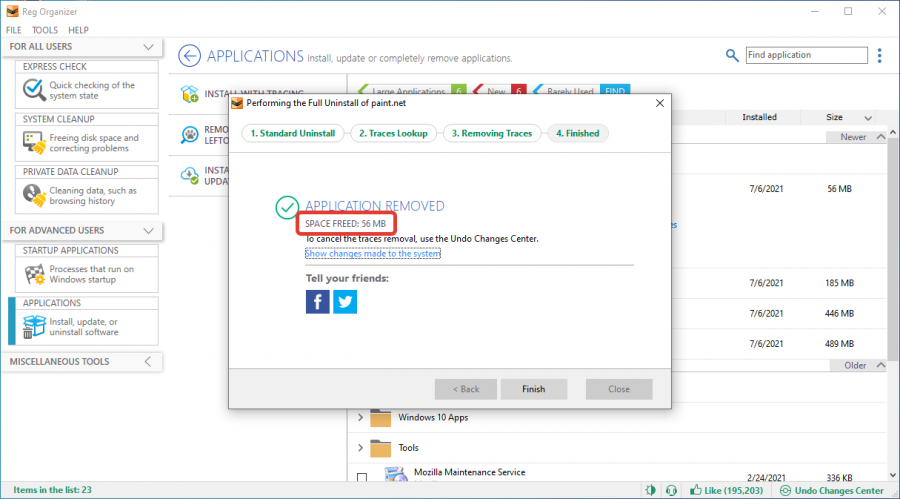 Now, upon completion of uninstallation, the utility will show the amount of freed-up space that has formed after uninstalling an unneeded program.

Previously, you may have noticed that the built-in registry editor could not delete locked keys. A lot of users asked to add the possibility to remove them.

Well, Reg Organizer 8.75 now offers this possibility. The Registry Editor can now safely delete such registry keys. The main thing to remember is that the keys are not usually locked for no reason.

In the new version, various shortcomings have also been fixed, corrections and improvements have been made that affect both stability and usability of the utility. 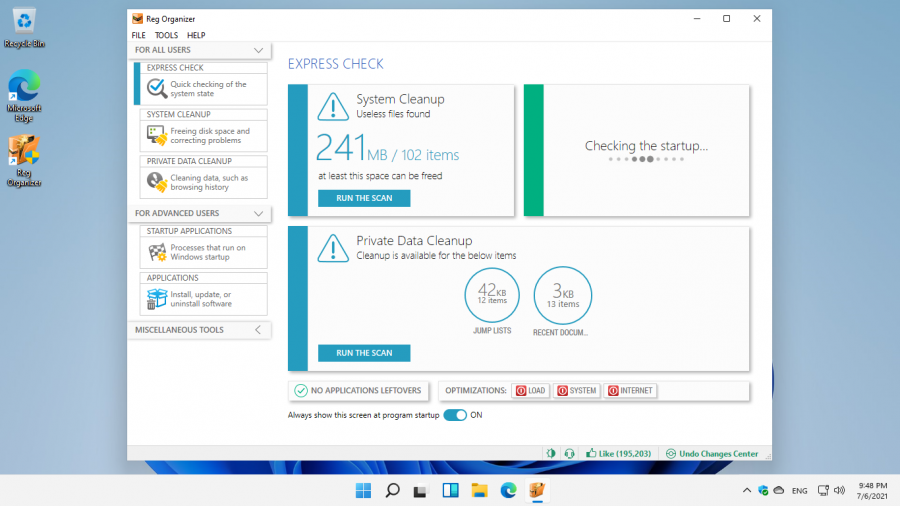 We have also tested the app in the new version of Windows 11 that has recently been announced by Microsoft. If you have already installed this new Microsoft product, you can also use our utility.

You can download and install the latest version of Reg Organizer by the button below.