Meet a new version of Reg Organizer 8.50 with several improvements for more efficient and faster system cleaning. The main changes applied to the application uninstallation tool, however, other improvements are equally important.

Now you don’t have to start uninstalling an unnecessary application using Reg Organizer. You can do it in any way you like (through settings, the Control panel, or manually). The utility will notice the uninstallation and start searching for traces. This has become possible due to a new uninstall tracking mechanism, which is activated in the settings. The utility will offer to remove the traces (if found) shortly after regular uninstallation is completed.

System Cleanup has been updated with a new tab for cleaning the Microsoft Edge browser, which is based on the Chromium engine. And the process of scanning and cleaning itself is now faster in 64-bit versions of Windows due to the new 64-bit compiler that has been used for the build.

The changed color scheme is another change that you will probably notice immediately. This is because Reg Organizer 8.43 has been recently blocked by some antiviruses. Each of them called our utility differently, but they started blocking it almost simultaneously. There is no malicious code in it. It turned out that the antivirus companies receive lists of the “wrong” applications from the private company named AppEsteem, which analyzes applications and compiles lists of applications to be blocked for the antivirus companies. This list includes applications with some problems. Most blocking criteria were quite justified (for example, the inability to disable the automatic startup of the installed application, installation of additional apps without the user’s permission, and much more). However, there were controversial points, for example, the “wrong” color scheme or the use of “forbidden words” in the interface. 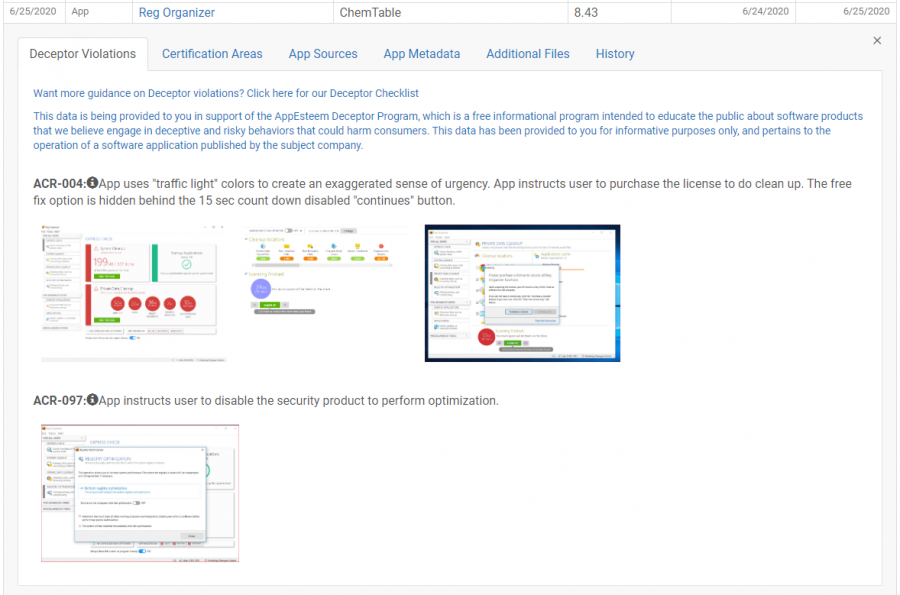 The “flaws” found at Reg Organizer included a “wrong” color scheme, a trial mode nag screen, and recommendation to disable an antivirus software to perform the registry files optimization procedure. We have made appropriate changes and coordinated them with AppEsteem. As a result, Reg Organizer was excluded from the blocking list.

Besides, we also fixed several problems that had been found in previous versions, which made the application even more stable.