Even though trace search works well in Reg Organizer, there is another uninstallation option that may be much more efficient. We have added it to version 8.80. 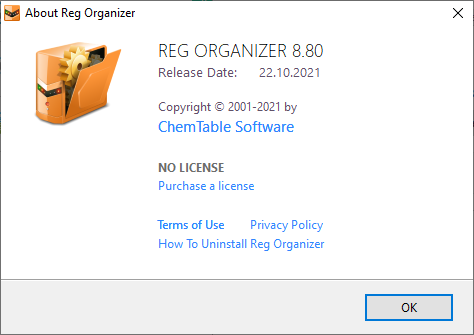 We are talking about using external applications for uninstallation, which have been created specifically for these purposes by the developers of the applications to be uninstalled. This option is efficient primarily because it is the developer who best knows the locations where his application may be registered. Cleaning everything at once is just a formality. There is only one inconvenience. Usually, such tools are to be separately searched for and downloaded from the developers’ websites. After all, you won’t search for such an application every time you need to uninstall something.

Therefore, in Reg Organizer 8.80 we decided to add a new section to the Applications tool. It will display all applications that can be removed using the removal tools from their developers. At the time this version is released, the uninstallation of more than 80 popular apps is supported. 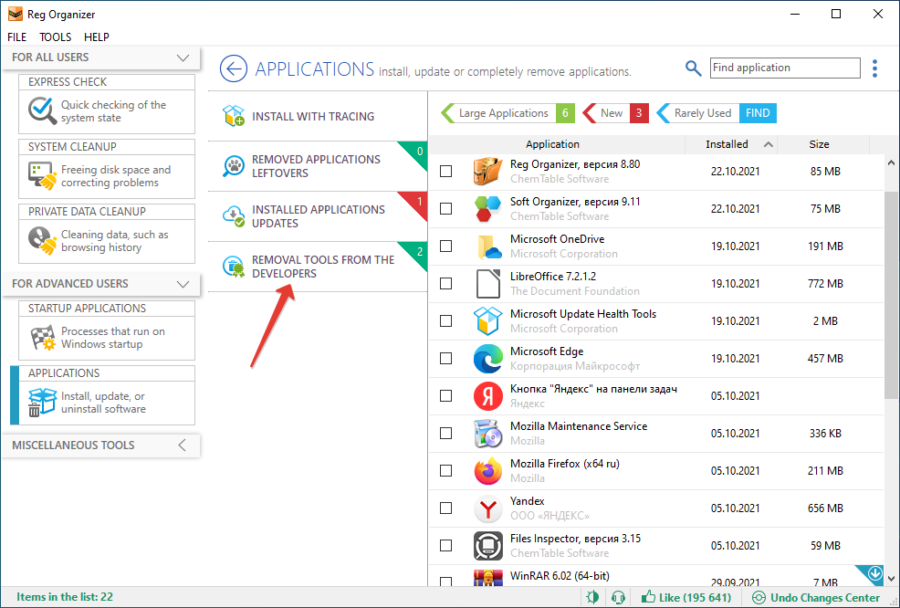 When you select in the list an application with such an uninstallation method available, you will have two options: Start the standard removal using the Uninstall Application button or run the complete uninstall utility from the developers using the %COMPANY_NAME% Removal Tool button (%COMPANY_NAME% to be replaced for the developer’s name).

In the former case, the classic removal mechanism with a search for app traces will start, which is used for any application. In the latter case, a special utility will be downloaded and launched from the developer’s website to perform complete uninstallation. 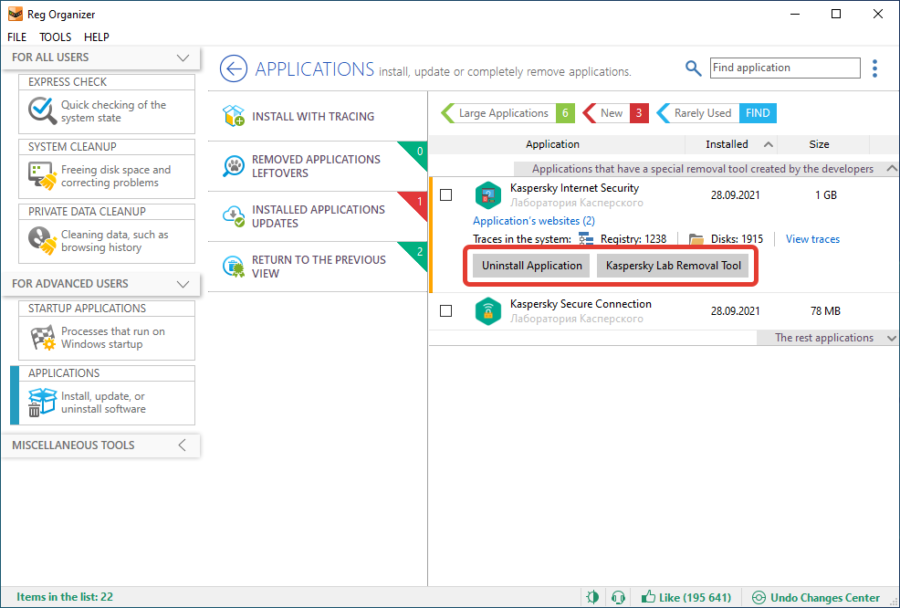 The left panel of the Applications tool now also has a Removal Tools from the Developers section. By clicking on it, only the apps with such an uninstallation option will remain on the list.

You can download the latest version of Reg Organizer from the official website or through the automatic updates mechanism.